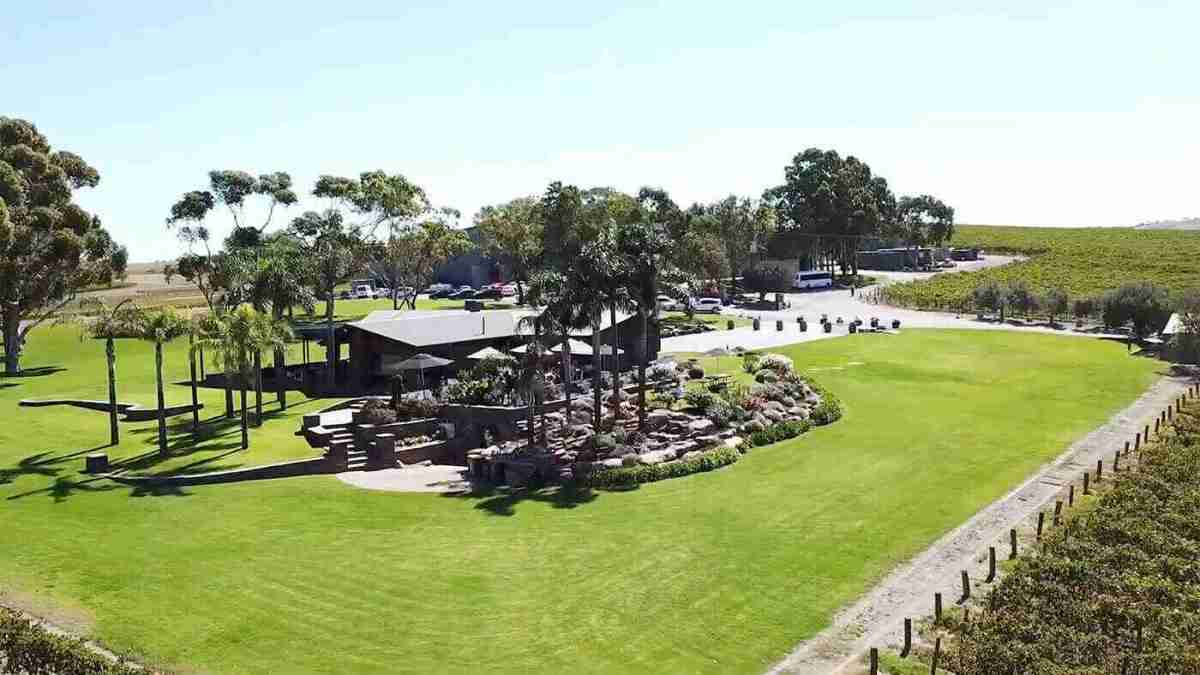 Sarah and the Mollydooker Story

The magical tale of Mollydooker starts with a love story……

The year was 1991, Sarah and Sparky Marquis had recently married on the back of finishing their winemaking studies with the world at their feet. They had each other, $1000 between them and dreams of developing their own business. They wanted to succeed in a career they were both passionate about, help others when possible, and to always have fun.

Starting out as winemakers for Sarah’s parents at Fox Creek in 1994, they soon developed and implemented their Marquis Vineyard Watering Programme™ in the vineyards, which produced the exceptional grapes that would go on to make their award-winning wines.

With quality always at the forefront, when they heard that one of their rejected parcels of wine sold for a small fortune, they thought perhaps this was the way forward. They mulled it over and decided that this would allow for more time with what mattered most – spending time with the family – so they tried their hand in the bulk wine market.

The business was successful for a number of years, until in 1998, when wine that previously sold for $7 a litre, was now lucky to fetch 25 cents and saw them lose all the money they had made. So, the couple shifted their gaze back to making premium wine for friends at Henry’s Drive, Parson’s Flat and Shirvington, as well as for their joint venture, Marquis Philips.

Success soon found them again as they were named Australian Winemakers of the Year in 1999. Global wine aficionado, Robert Parker, wrote about their wines as ‘The greatest red wine values in existence… Run, don’t walk and secure as much as you can of these wines!’ They were also named as one of Robert Parker’s ‘Top Wine Personalities in the World.’

The Marquis Philips brand was a runaway success, growing from 8,000 to 120,000 cases in just four years. There was even talk of growing bigger until one day, Sarah & Sparky took stock and decided that it was not the life they wanted to lead. They loved the vineyards, making wine and sharing with friends. They didn’t want to become corporate or ever compromise on quality. So, they decided to go it alone, staying small and hands-on.

However, it wasn’t all rosy. An unforeseeable situation left them with only $17 in the bank and no way of making ends meet. They had always been a cash company and their motto had always been, “if you can’t pay on time, pay early”. Things were not looking good; they couldn’t even afford to label the wine.

Then a miracle happened… A local businessman walked through the door, said he’d heard they might be in trouble and asked to hear the story. Half an hour later he walked out the door on his way to a month’s long holiday and left a cheque with enough money to enable them to survive another month.

Everyone who knew Sarah & Sparky also rallied around to help. Staff took a drop in salary, growers took late payments and suppliers offered extended terms. Times were tough, but with their positive attitude and an amazing team, they knew they had the recipe for success.

After years of working for others, in March 2006, their tale of love, hard work and determination led them to start their own brand, Mollydooker. The term itself being Aussie slang for a “left hander’, was a befitting name as they were both Mollydookers.

The plan was to create a range of wines that were housed by beautiful packaging and design, with dashes of colour and images that would tell a story.

In June 2006, Robert Parker reviewed their very first vintage for Mollydooker. He rated The Boxer as the ‘Best Value Red Wine in the World’, Two Left Feet as the second, and Maitre D’ as the fourth. Their Violinist was also chosen as the ‘Best Value White Wine in the World’. The wines sold out in nineteen days and all the debts were paid off. In August 2006, when the Carnival of Love (WA:99) and Enchanted Path (WA:96) were released, they sold out in five days, and Mollydooker was back to paying bills early.

Since then Mollydooker has been a story of phenomenal and consistent success! The following year, their Velvet Glove Shiraz became their fifth wine to be awarded 99 points by The Wine Advocate and the Carnival of Love has now been listed in Wine Spectator’s ‘Top Ten wines in the World’ three times!

It was time for Sarah & Sparky to purchase their own winery, so in 2007 they bought the current property that sits on the magical Seaview Ridge in McLaren Vale, home to some of the most iconic Australian McLaren Vale wines.

The team spent the first three years upgrading the winery and vineyards; pulling out unwanted grape varieties and replanting with Shiraz. They installed a watering system, implemented the Vineyard Watering ProgrammeTM and relocated their city office. Mollydooker now has 45 permanent staff who are the heartbeat of the company, with another 20 staff members during vintage.

At Mollydooker, our incredibly talented team are passionate about our motto ‘We make wines that make people go WOW, through attention to detail and commitment to excellence!’ and never take shortcuts or compromise on quality.

They guarantee the quality of their wine by rating it on its Marquis Fruit Weight™ (the measure of how far back on your tongue the velvety sensation of fruit goes). If parcels don’t qualify at the required Fruit Weight, the wines aren’t produced. For example, in the 2008 vintage they only bottled their Lefty wines and in 2015, they only bottled their Lefty and Family wines. This is a true testament to their commitment to quality.

From humble beginnings with a desire to help others when they could, they have never forgotten how they were helped when they were in need. With this is mind, they developed the concept of ‘Sip it Forward’, where a portion of the proceeds from the sale of Mollydooker wines goes back to support the local community, and around the world for those in need.

Mollydooker currently supports a number of charities including:

Fast forward to 2018 and as is the case with any good story, one chapter comes to an end another one begins. These days, Sarah and Sparky are pursuing their own ‘Enchanted Paths’, with Sarah taking the reins as sole owner and winemaker, now running the business with the support of the very talented and experienced Mollydooker team…

… and so a new, exciting chapter at Mollydooker begins!

& the Rest of the World